Stephen K. Amos is one of the most interesting UK comedians lately and this October he is coming to Sofia to perform at the Sofia International Comedy Festival 2016. 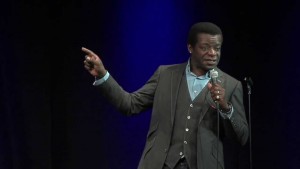 Amos is known to have a hilariously authentic sense of humor, along with the genuinely honest way of performing. As a black gay comedian he doesn’t shy away from discussing taboo topics, such as ethnicity and racism, sexuality, genders, personal life and other aspects of life the fans can bond with. He is famous with his observational comedy. He also engages in political satire quite often. One of his favourite parts of the act is the crowd work. He loves playing with his audience and breaking the ice with some personal jokes. 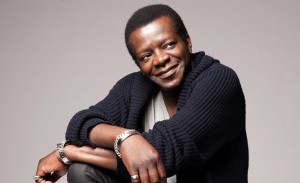 Stephen comes from London and so far has travelled to take part in more than 5 international comedy festivals all over the world, including Edinburgh Festival Fringe, where he performs every years since 2003 and the Melbourne International Comedy Festival. Amos has frequent appearances at The Comedy Store London and by now he has two DVD specials: Find the Funny (2009) and The feel Good Factor (2010).

You can see Stephen K. Amos at the Sofia International Comedy Festival 2016 on 20th October at The Comedy Club Sofia.