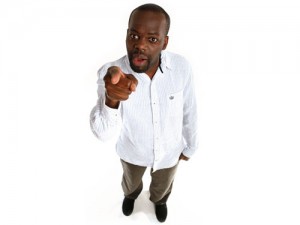 Daliso Chaponda’s first visit in Sofia, Bulgaria was one of the highlights in the Comedy Fest Sofia 2.0. It is safe to say that the club registered a full house. Daliso’s one man show was definitely one of the funniest things which I have personally seen. And if the comedy.bg- the company that organised the whole fetival knew he was so demanded, we would have found a bigger hall for his event. He is known to be a very flexible comedian with various styles and genres in his material and he proved that. Daliso is of African origins but currently lives and performs in England, in one of the big comedy bars Jongleurs Comedy Club.

In his show in Sofia, Daliso proved his unique style, consisting his way of telling stories in a malawian style with a touch of British cynicism and a pinch of Canadian self irony. We witnessed his famous cartoon voice in which whatever he says sounds funny, and given his material is hilarious it’s strange nobody exploded from laughter.